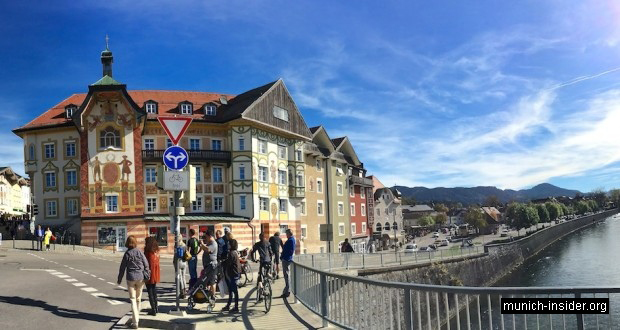 
The most typical Bavarian towns and villages are located south of Munich, in the so-called Upper Bavaria. Here, in the Tyrolean mountains and valleys, you can find amazing places which have preserved their identity for many centuries. Perhaps the most interesting and the most typical Bavarian town is Bad Tölz, located a little more than 50 kilometers south of Munich in the Isar river valley. We made a short trip there and really enjoyed historic, quiet, cozy and very picturesque Bavarian province.

This time we traveled by train: the Bavarian ticket (Bayern Ticket) for two costs only €27 and is valid for the whole day. It took the regional train less than an hour to get to Bad Tölz. From the town’s train station we walked to the main street – Marktstrasse. This street is the main attraction in Bad Tölz. In the Middle Ages and later centures, rich merchants and upper-class burghers lived in this street. The street is full of picturesque houses built in the Baroque style, elaborately painted and decorated with frescoes. Such murals in the Bavarian folkloric style are a real art, you can find them only in these region. The facade of Marienstift, the former girls’ grammar school, is particlularly beautiful. The Old Rathaus has an elegant double facade which is also very impressive. 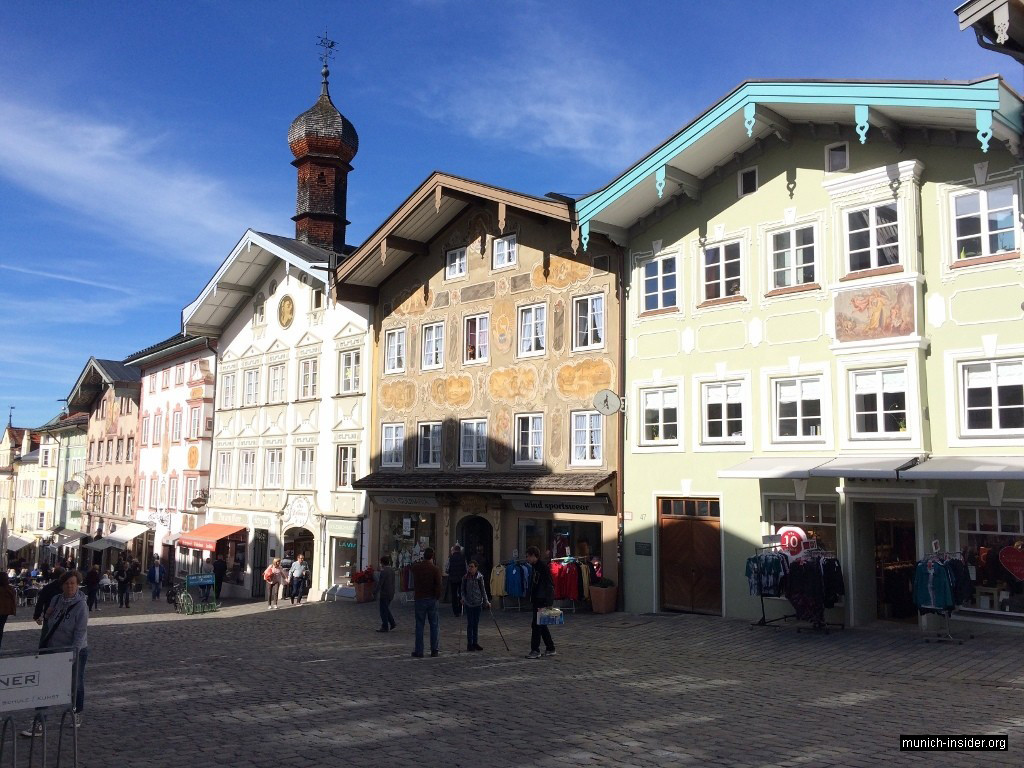 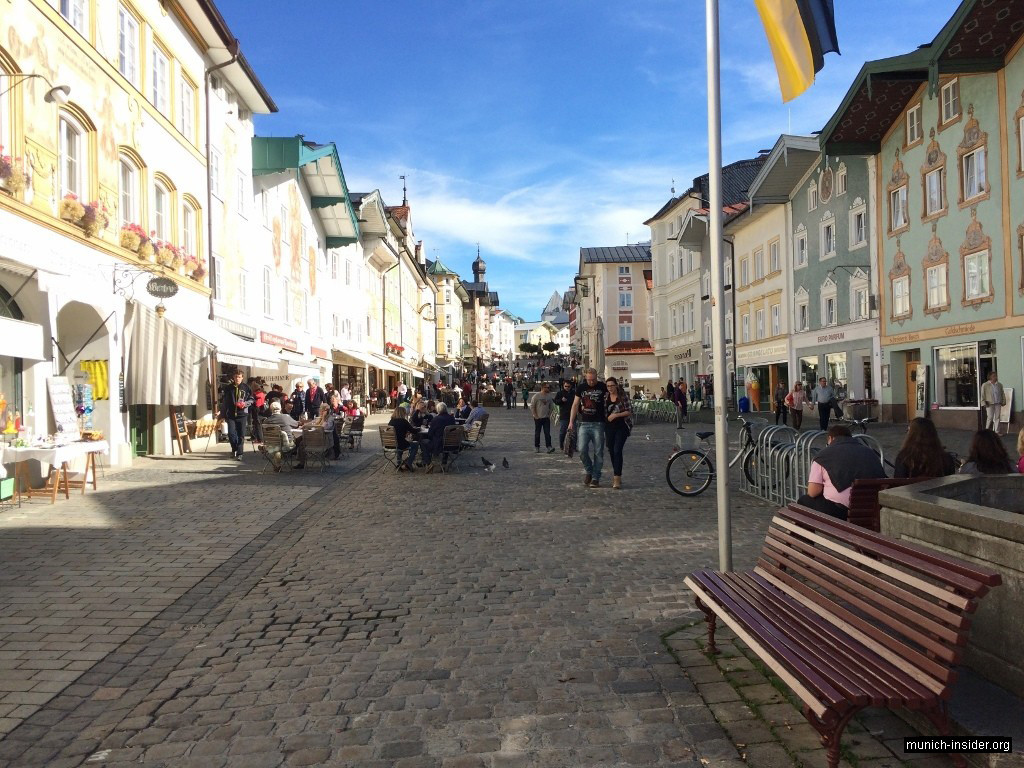 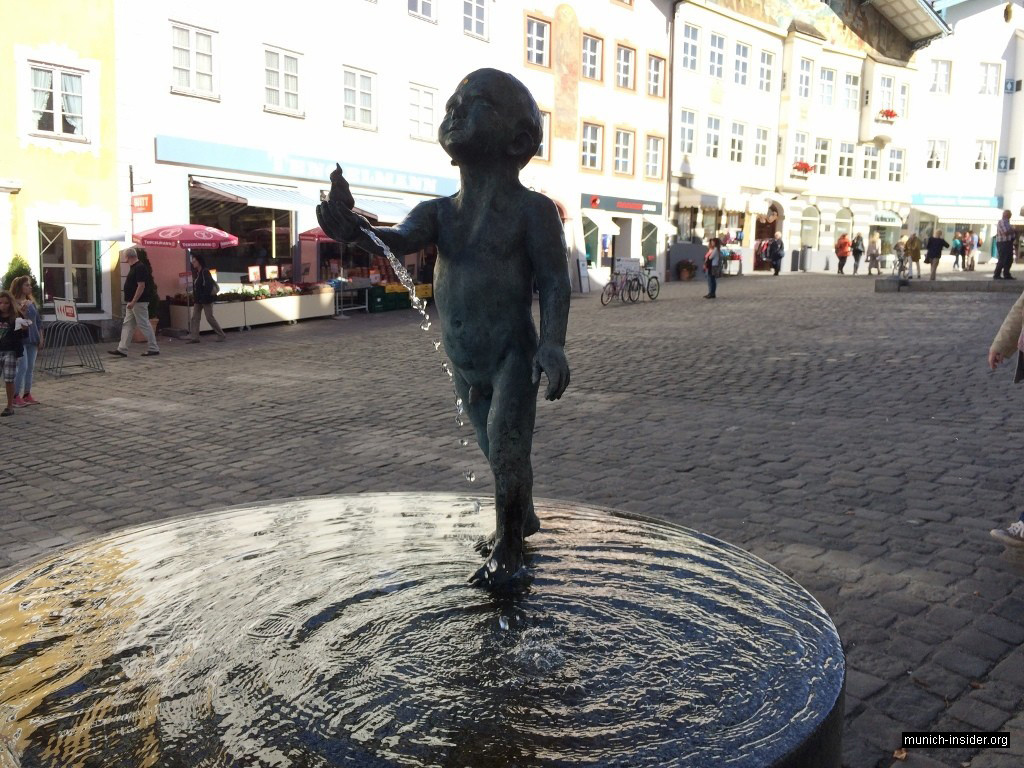 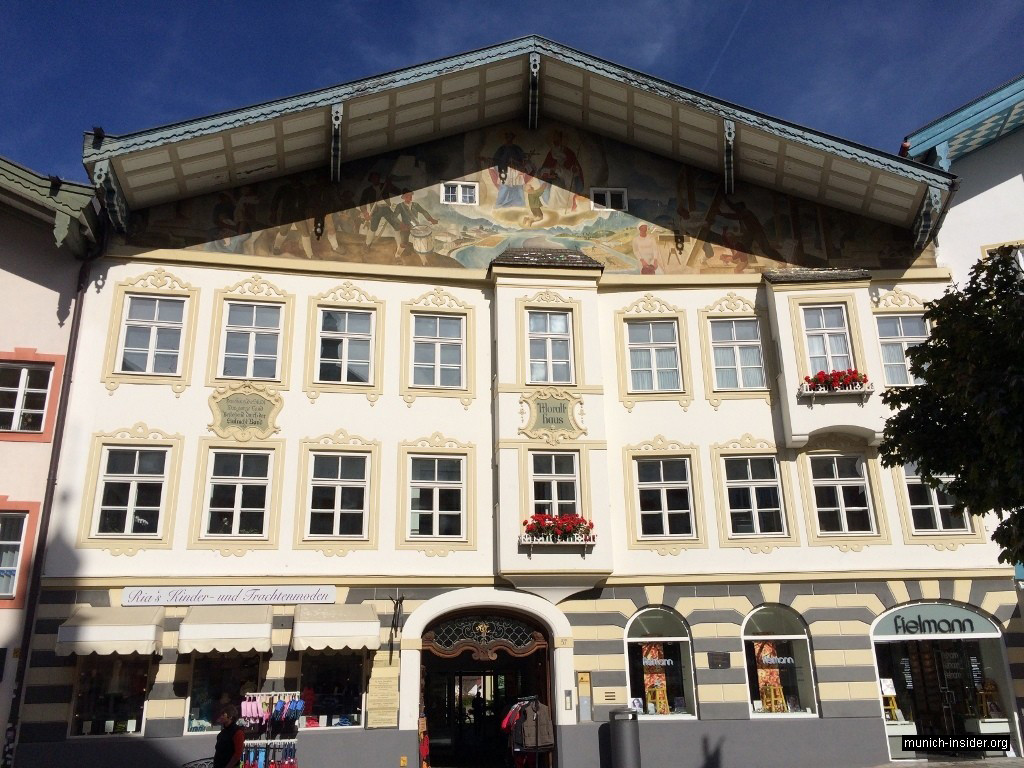 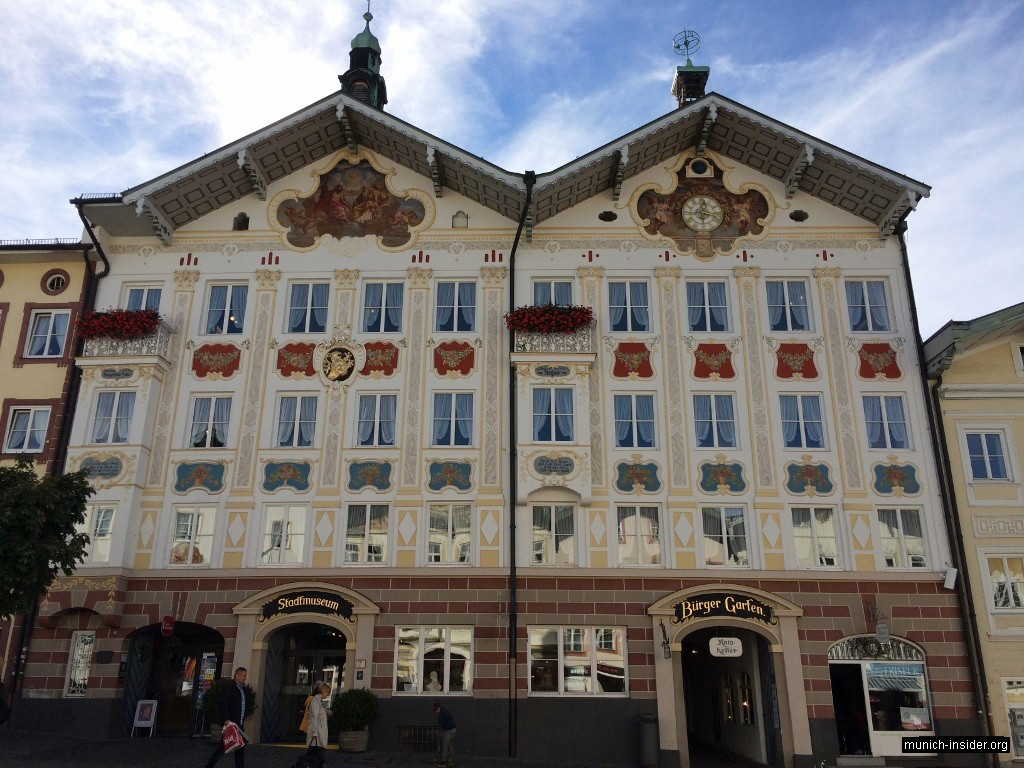 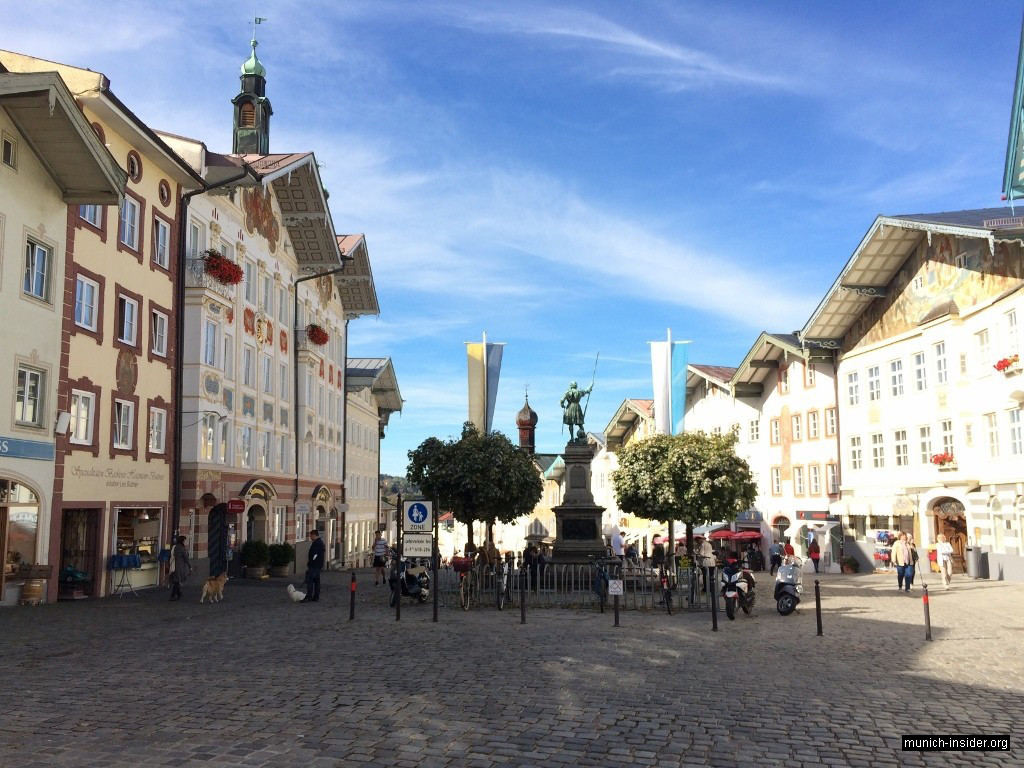 We went further to the town center and stopped at an old Gothic church, which was standing out among the surrounding baroque architecture. Its German name is somewhat of a tongue-twister – Stadtpfarrkirche Mariä Himmelfahrt, which is translated as the Church of the Assumption of St.Mary. It has a tall and slim tower with a  sharp spire, rather typical of many of Bavarian towns and villages, as well as elsewhere in Germany. This small church is so immaculate and tidy that it looks like a toy. We noticed quite a few such neat churches in this small town. Before reaching the end of Marktstrasse, we turned right onto a narrow street and went up a small hill called Kalvarienberg. 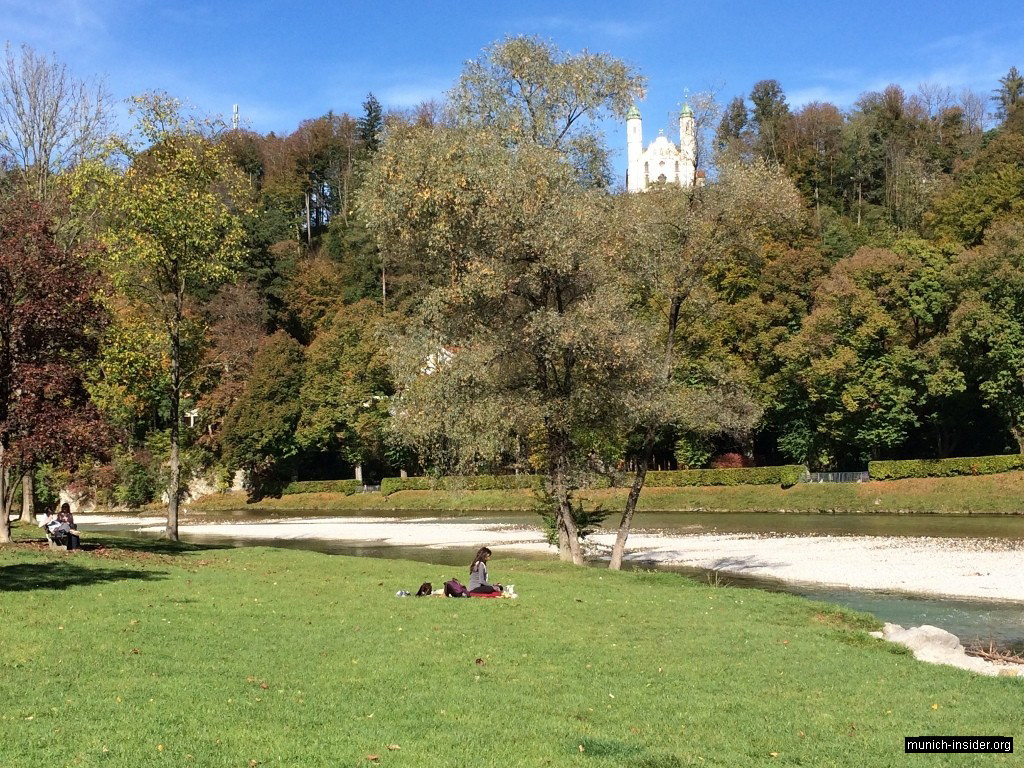 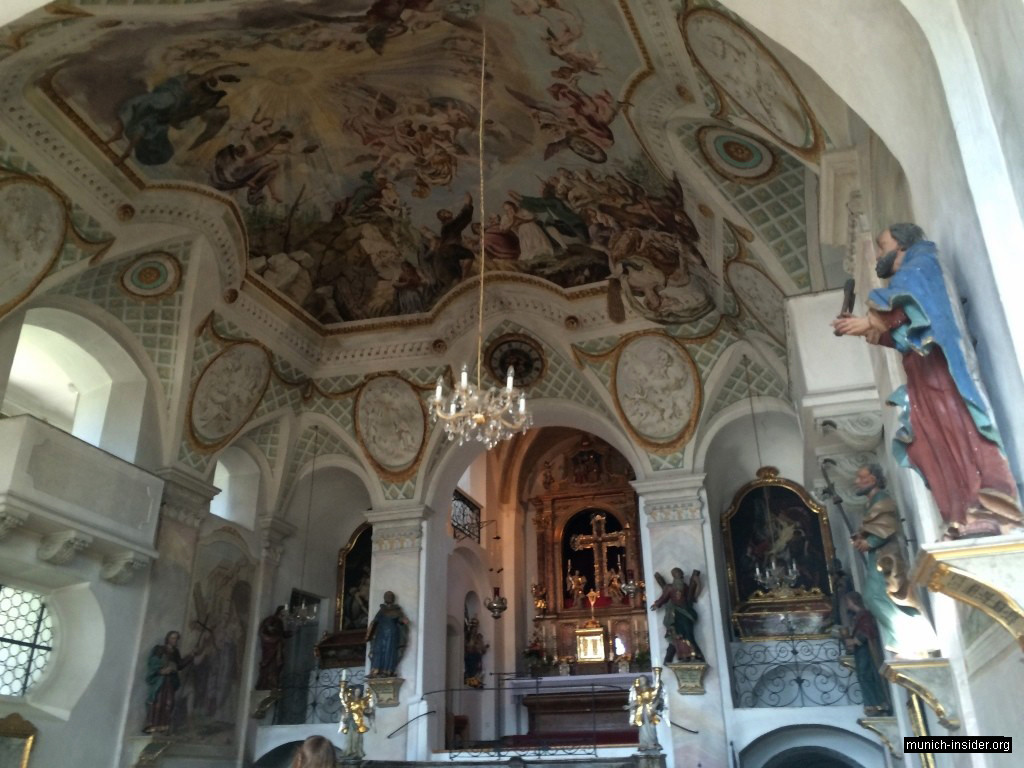 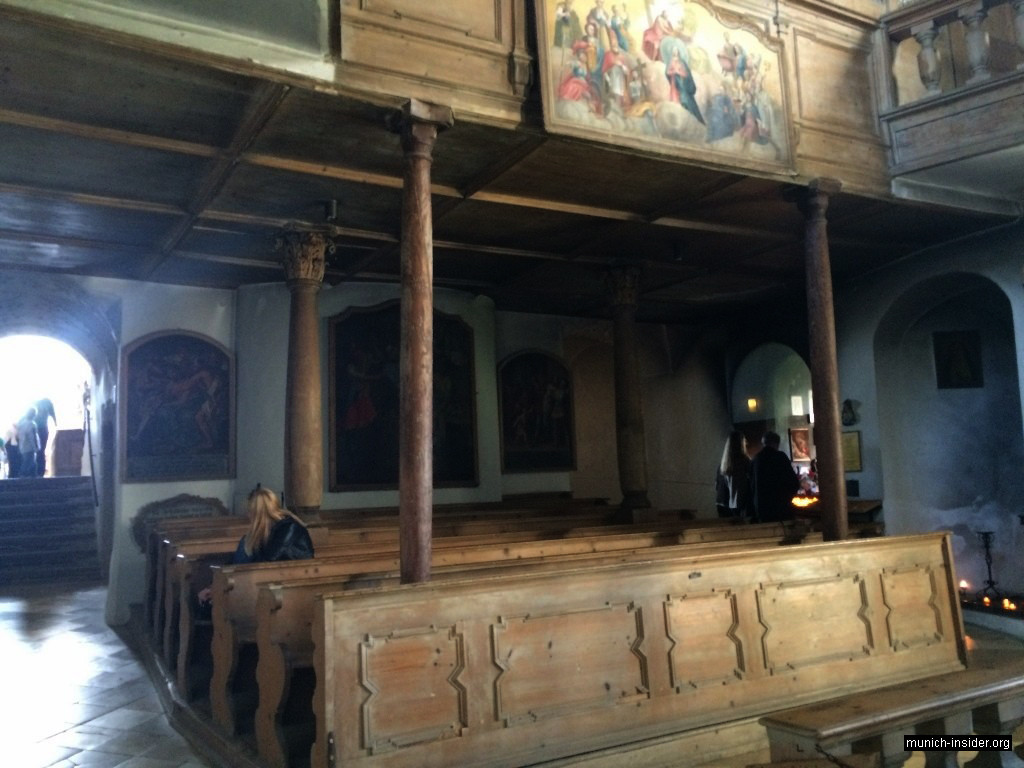 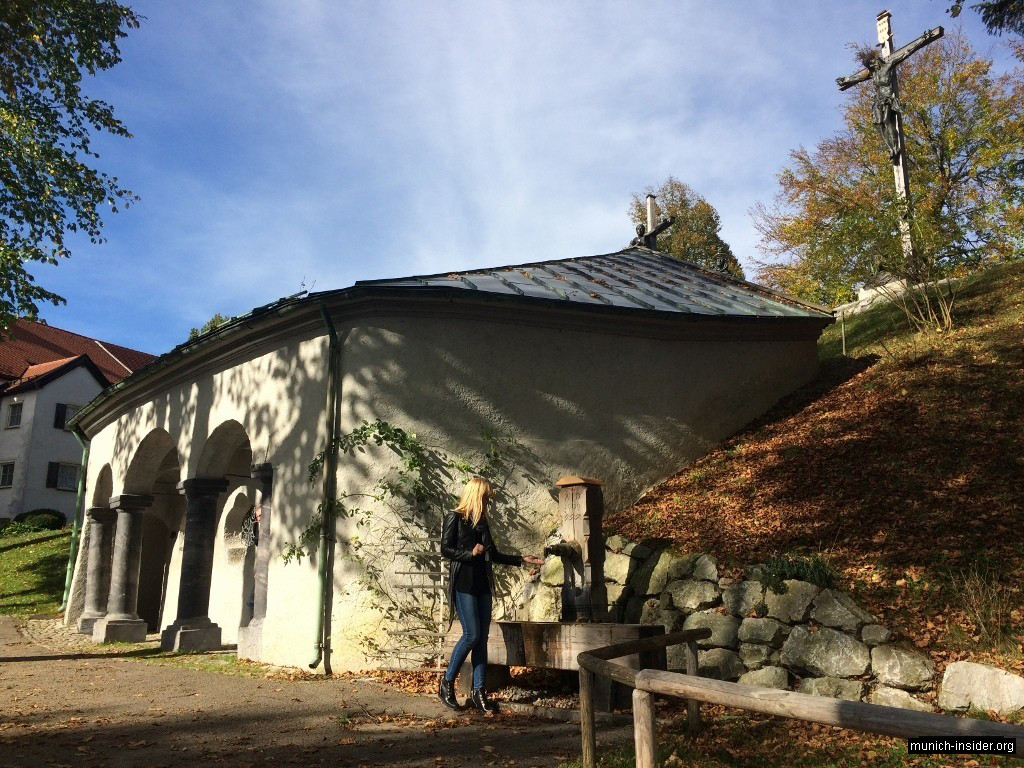 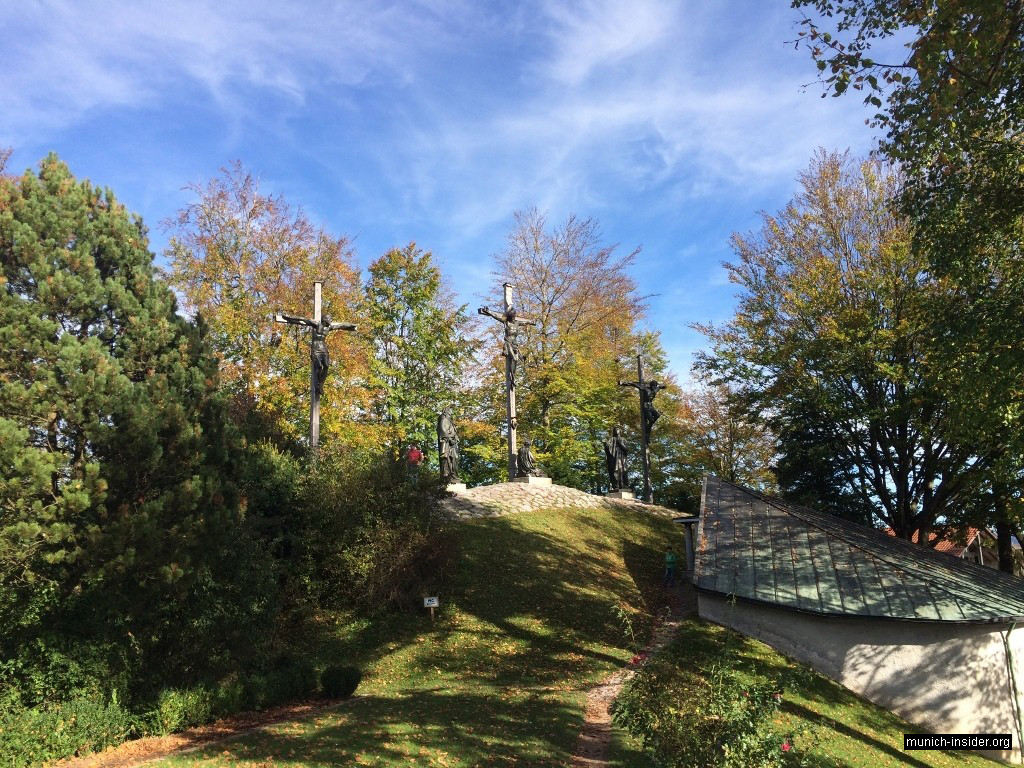 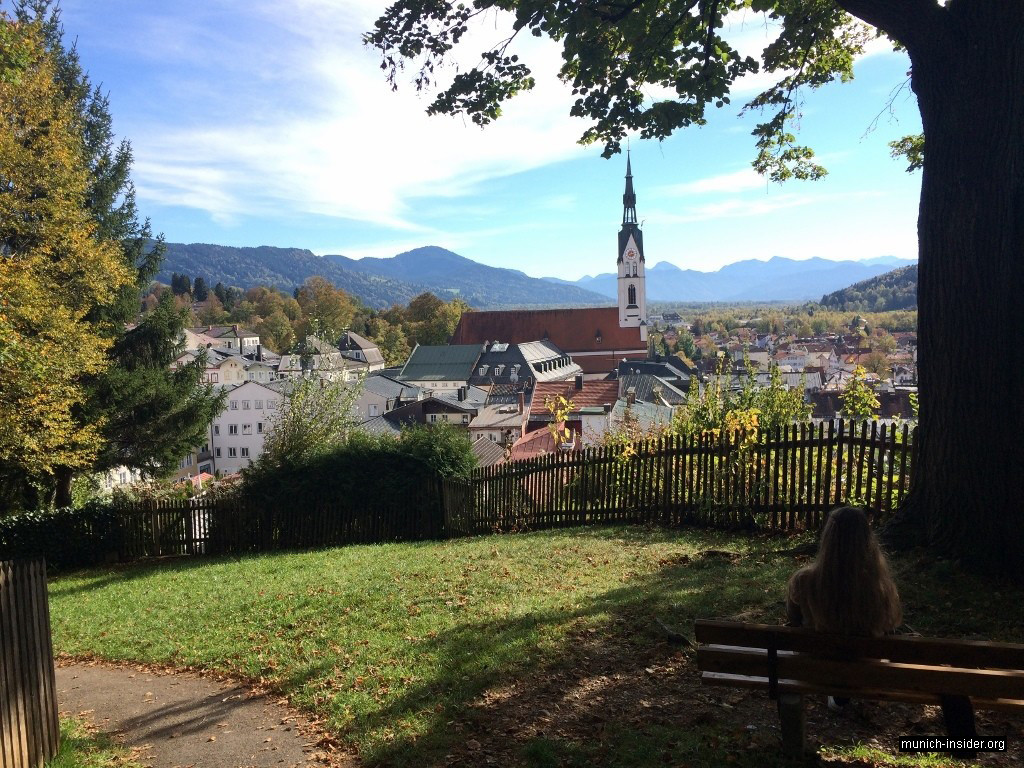 On the hilltop there is another church, with a double tower. This church is called Heilig-Kreuz-Kirche (Church of the Holy Cross). Near the church, there is an installation with three crosses symbolizing the biblical crucifixion. The church’s interior struck us by an interesting mix of wood and gold. Magnificent! We wandered a bit on the hill and enjoyed the view of the surrounding picturesque landscape. 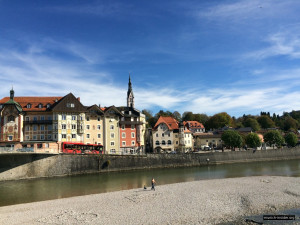 Then we came down to the town on the other side of Kalvarienberg, crossed the bridge over the Isar river and stopped for lunch in a small cafe called “Solo”. We had good beef steaks and delicious Apfelstrudel (apple pie) with coffee for dessert. After the lunch break, we continued walking and enjoyed more views of the town and the Isar river. Overall, the trip was very interesting and relaxing. Bad Tölz was not as crowded as other tourist sites, and we saw a real Bavarian hinterland with its unique flavor. Share on: