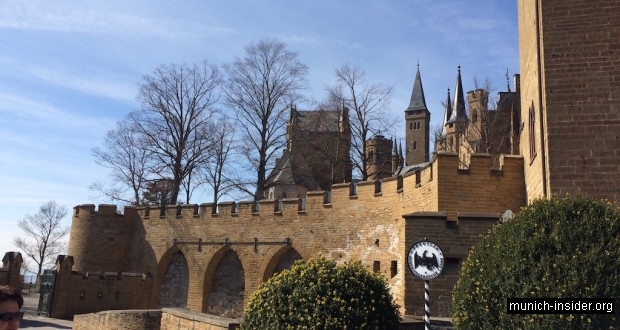 Open map in a separate window

In southern Germany, to the south from Stuttgart, there is a mountain range called Schwäbische Alb. These rather low mountains are sometimes called Swabian Alps in English even though they are actually not part of the Alps. One of the mountains, Zollerberg, is quite high for this terrain, and many centuries ago the Swabians decided to build a fortress on its top. Gradually, the fortress grew up into a castle which came into the possession of a local duke. The duke took the name of the mountain as his family name and added prefix Hohen, which is German for “high”. Thus, the family name Hohenzollern was created. This noble family became rather famous in European history; its representatives were the kings of Prussia and later Germany. Have you heard about German Kaisers, Wilhelms I and II? These bellicose rulers and conquerors played a considerable role in the European politics of the time, which led eventually to World War I. The Kaisers belonged to the Hohenzollern dynasty. The Hohenzollern’s ancestral castle near Stuttgart has now become a popular destination for tourists from around the world. We also decided to go there one Sunday in April. It was a warm spring in southern Germany and the weather was nice.

The road to the castle 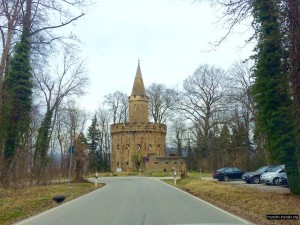 The Hohenzollern Castle is rather far from Munich, 260 km (160 mi), so we left early, at 8 am. The number 8 autobahn is usually very busy even though it was recently remodeled and expanded. However, there was no much traffic on Sunday morning and we could drive full speed. Somewhere mid-way, after Ulm, we stopped at a service station, Rasthof Aichen, for a cup of coffee. The sun had already risen, and the surrounding meadows and woods looked very romantic in the morning light. We enjoyed our coffee outside admiring the views. Coffee and nature cheered us up, and we were ready to drive on. We reached our destination by 11 am. One cannot drive to the castle gates, so we left the car on the paid parking lot at the bottom. One can ride a tourist van (for a fee) to the castle or just walk up the hill. The weather was beautiful and we decided to walk in order to stretch the legs after a long journey. The walk was not as easy as we thought, the slope is pretty steep, but in 15-20 minutes we finally reached the castle. At the entrance, we got the tickets (€12/person) for the castle grounds and a tour of the interior. The tour time, 13:00, was indicated on the tickets. The tickets to the castle grounds without the guided tour cost €7 a person; there are also discounts for children, youth and families.

Walk through the castle grounds

The castle seems to have been built without a single plan, so its architecture appears somewhat eclectic. Indeed, the castle was rebuilt several times. The fortress construction began in the 11th century; then new additions and re-building of older structures continued through the Middle Ages and newer times. The last significant construction occurred in the 19th century. Of course, newer structures have been better preserved and renovated. The castle is still a private property, it belongs to the Hohenzollern descendants. The Prussian-Brandenburg branch, the most powerful and famous, owns two thirds of the castle, while the Swabian (Catholic) branch, with a much lesser footprint in history, owns one third. The Hohenzollern castle somewhat resembles the famous Neuschwanstein castle in Bavaria, but it appears more stringent, dark and mysterious. Of course, it is necessary to take into account the fact that the Bavarian King Ludwig II started the construction of the Neuschwanstein much later than Hohenzollern and apparently decided to surpass the architectural achievements of his Swabian neighbor. Today tourists can judge whether Ludwig succeeded or not; I find both castles beautiful in their own ways. 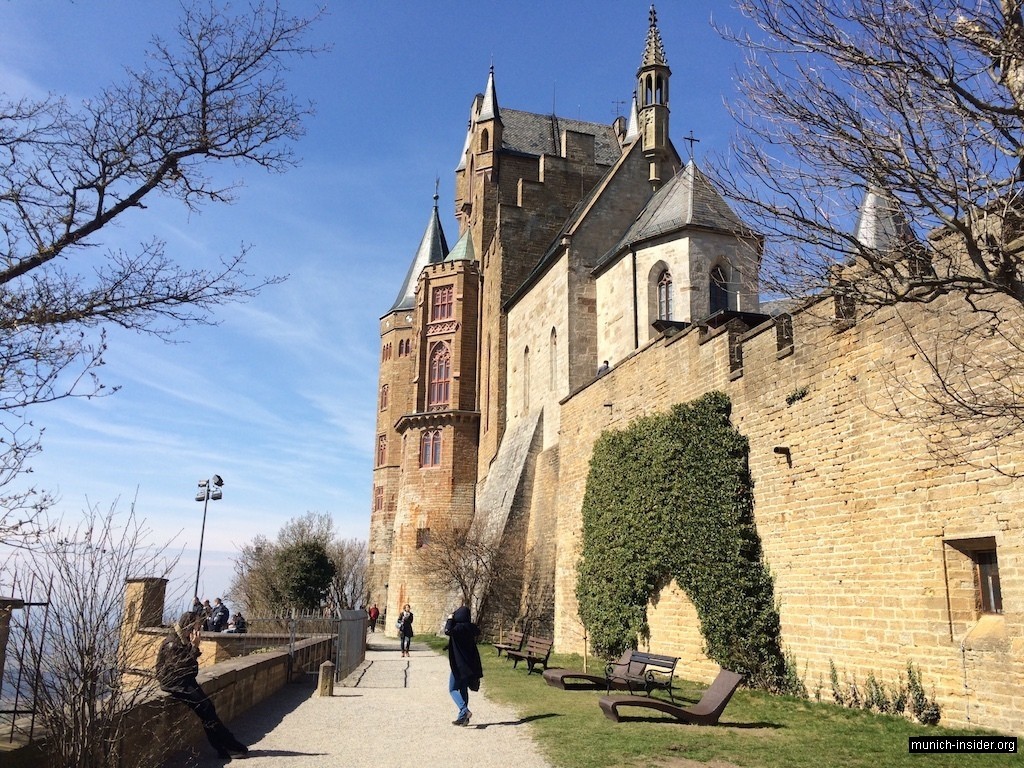 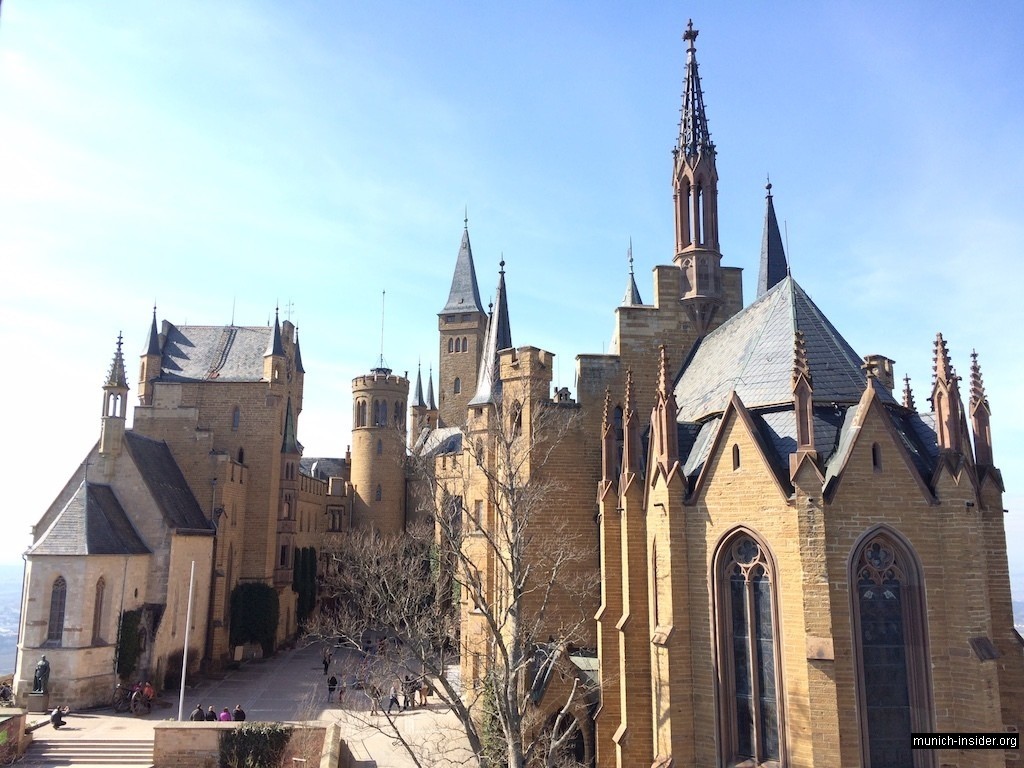 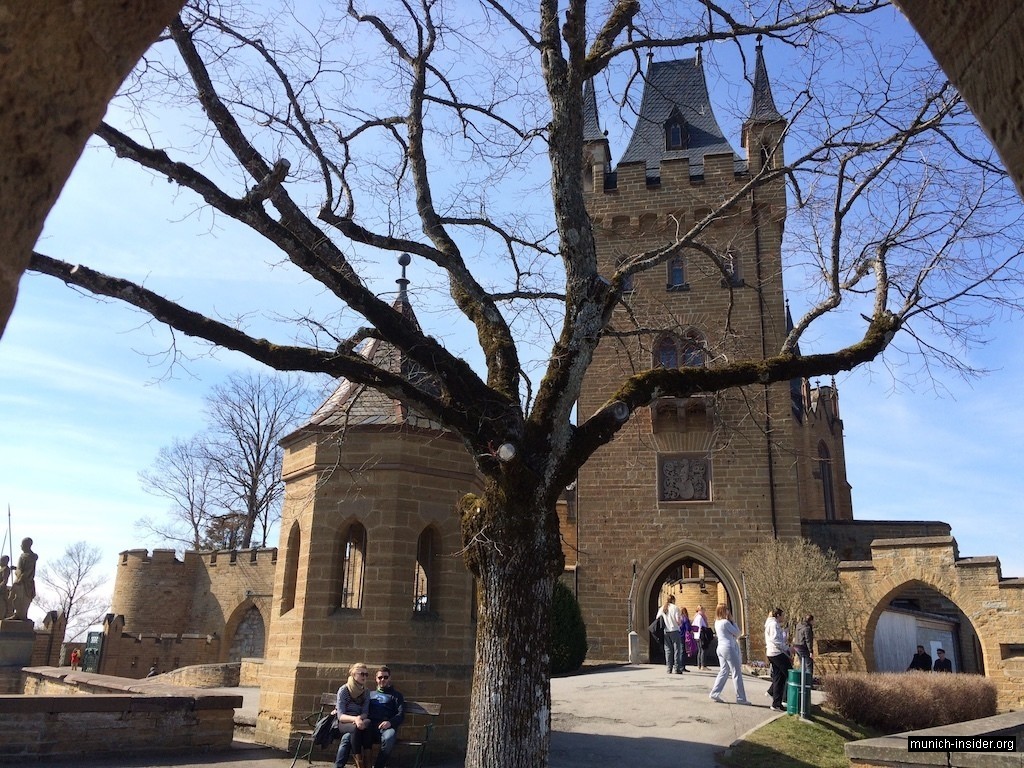 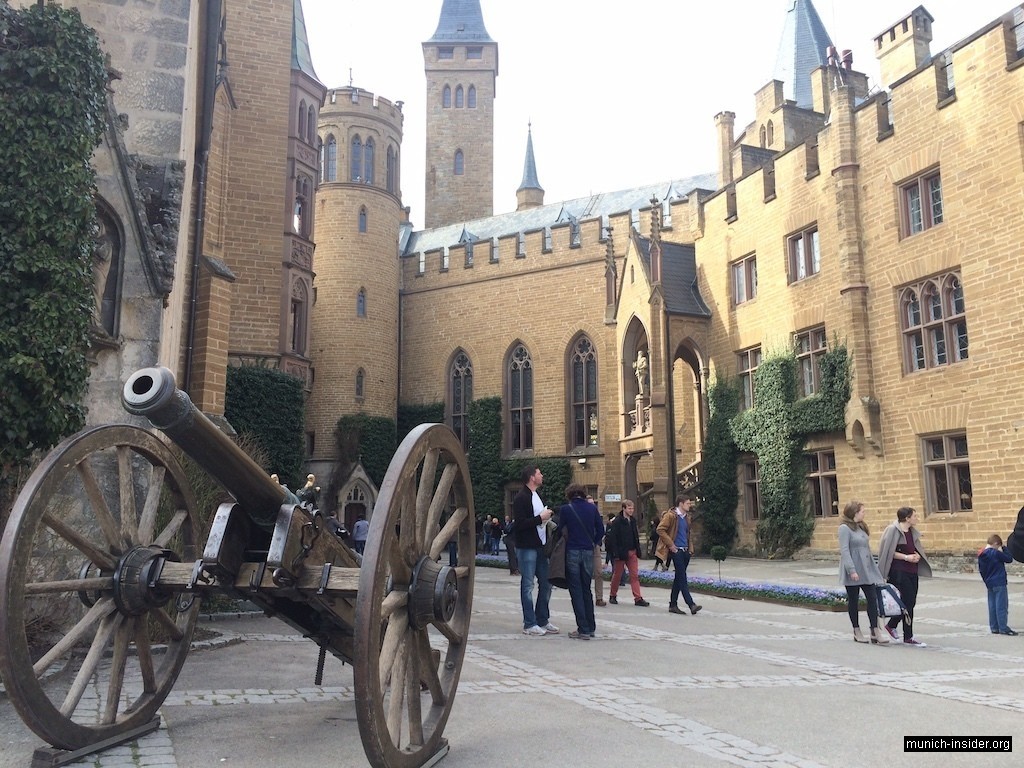 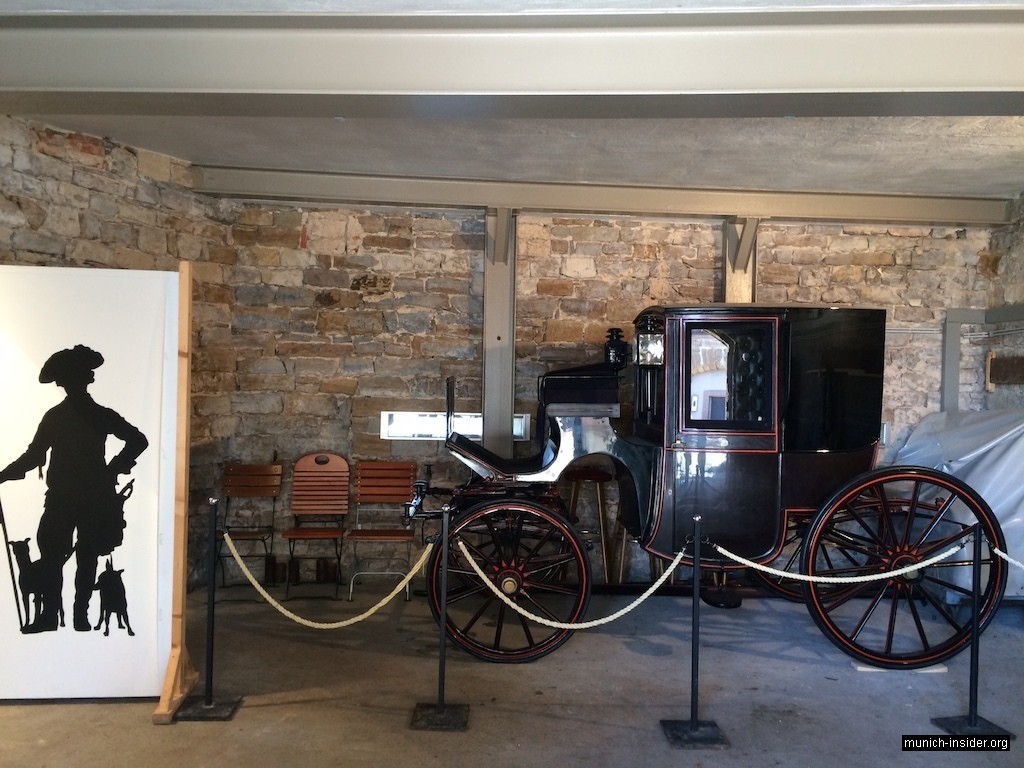 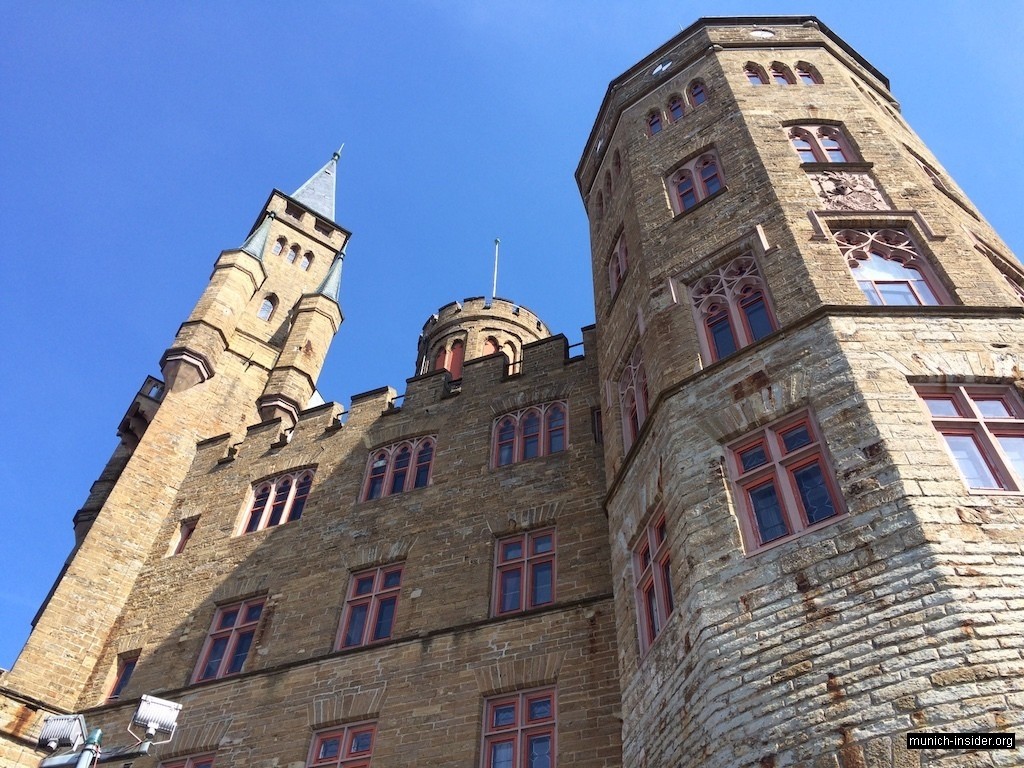 The Hohenzollern castle looks more like a medieval impregnable fortress, decorated with towers and churches. Near the entrance there is a small Catholic church which has been preserved from the Middle Ages. The Lutheran church, which is considered the main church in the castle, is uphill from the entrance. One can figure out right away who was the chief of the tribe: Lutheran Prussian or Catholic Swabian. Not far from the Lutheran church, we suddenly came upon a small Orthodox church. It was built in the 20th century by the order of Prince Louis Ferdinand, who was married to Russian Princess Kira Romanova. Along the perimeter of the castle there are statues of all Prussian and Swabian rulers, kings and dukes. They appear as if being called upon to protect their former abode. The courtyard is a wide serpentine street leading to the central structures. Stunning views of the surrounding landscape are open from different places of the castle. For the best views, one has to climb to the highest point of the castle, the top of its central tower. From the tower one can see not only the surrounding landscape, but also the entire courtyard of the castle. We noticed a beer garden in one of the courts. On the way back, we went there and had good beer and sausages. It is a self-service establishment, so the prices are moderate. 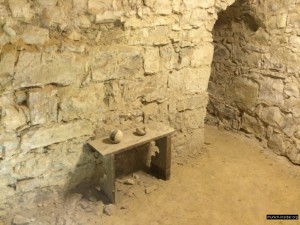 From the castle courtyard one can get into the dungeons, sort of medieval bomb shelters in case of enemy attacks. These are dark, damp and chilly chambers, so it is better to have some warm clothes if you want to go in. The dungeons are rather spacious corridors stretched along the entire fortress. One could not only find shelter there, but also shoot at the enemy through the embrasures.

Tour of the castle interior

At 1 pm, we joined the tour and went to examine the interior of the castle. The tour was in German, but one can get brochures in several languages which help understand the guide. Tours in English are also offered sometimes on weekends; check the castle website for more information. I have to say that the tour was interesting even in German. By the way, taking photographs and videos is prohibited, as is the case in many other European castles. They do not show all the rooms of the castle. It is a private property and maybe some of the Hohenzollerns still live there, I do not know for sure. On the wall in the lobby there is a huge Hohenzollern family tree with numerous branches. All the rooms exhibit luxury items, antique furniture and paintings of impressive sizes. The most interesting is the treasury, which contains personal belongings of the royals. For example, you can see the military uniform of Frederick the Great, pierced by a bullet, and a crumpled tobacco box, which saved his life. Another interesting exhibit is the crown of Kaiser Wilhelm II. In general, wandering through the royal halls and bedrooms, you’ll find a lot of interesting things. The tour lasted less than an hour and was not tiring. I must say that without the guided tour the impression of the castle would not be complete. 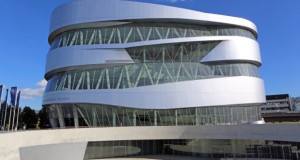 If you get an earlier tour of the Hohenzollern castle, you may save some time. In this case, on the way back, you can make a small detour to visit the Mercedes-Benz museum. It is the best car museum in the world and is really worth seeing. Share on: