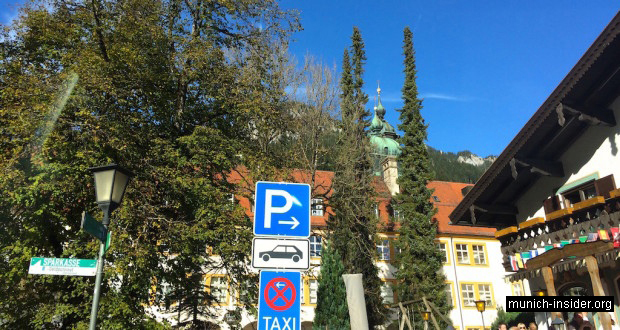 Many tourists, who come to Germany today, prefer to rent a car to fully enjoy the freedom of movement throughout the country. One can appreciate the advantages of the car in Germany more than anywhere else in Europe. There are several reasons for this. First, Germany as a country has historically developed decentralized; it is built of numerous constituent regions, many of which used to be independent states throughout the history. As a result, the country’s attractions are concentrated not only in the major metropolitan areas, but spread around many provinces, cities and towns. Therefore, everywhere there is something to see, and without a car it might be difficult. Second, if you are a driving enthusiast, Germans autobahns (freeways) allow you to really enjoy the speed because there is no speed limit on most stretches. Third, the car will allow you to travel to neighboring European countries quickly and whenever you wish. A few words of caution though. Take into account that car rental is usually more expensive in Germany than in North America. Also, if you think that the price of gasoline was going through the roof in America not that long ago, you may be shocked at the prices at the European gas stations. (Well, maybe not right away, but only when you realize that the posted price is per liter, so it should be almost quadrupled to know the price per gallon.) Also, contrary to a popular belief, there are speed limits on many autobahn sections, so one has to pay attention to the posted road signs to avoid speeding tickets. Moreover, autobahns are notorious for traffic jams (“Stau”). Therefore, traveling by car from A to B in Germany might not be on average much faster than driving the same distance in North America. Nevertheless, for a group of say 4 people, traveling in a car is generally cheaper and more convenient than by train or on a tour bus. One other note. For some reason, the Germans have a reputation of aggressive and rude drivers. I find this reputation undeserved; most drivers in Germany are friendly and abide by the rules (and they expect other drivers to follow the rules as well), which ensure high safety on the roads.

Rules of the road in Germany and elsewhere in Europe

If you decide to drive in Germany and other countries on the continent, it is advisable to learn a little about the road rules and signs. The road signs throughout continental Europe are mostly similar, but they are somewhat different from those used in North American jurisdictions. So, to avoid confusion familiarize yourself with the traffic signs used in the particular country. You can check the signs adopted in Germany on the ADAC (Allgemeiner Deutscher Automobil-Club) website, where you can download a brochure (pdf file) in English.

There is an old joke about a foreign tourist who parked a car in a strange city and remembered the street name from the sign which looked like this:

Well, it took him a while to find his car afterwards… Actually, the sign above reads “One-way street” which is typical for most streets in the downtown of a German city. BTW the Germans have made the matter even more confusing. There is a street in almost every city and town named Eisenbahnstrasse (Railroad Street). I know a guy who did not know a word in German when he was visiting here for the first time. Well, he indeed mixed up Einbahnstrasse and Eisenbahnstrasse… Another popular joke is that there is no city or town named Ausfart. The following sign

does not show a direction to some place bearing this name, it reads “Exit”.

Also, get acquainted with the metric system; very few people will understand you if you talk about miles, feet, gallons, Fahrenheit, etc.

Finally, a disclaimer: this brief article is not a legal document, it gives just a general outline; please do your own research and read more.

Unless posted otherwise (!) there is no speed limit on the autobahns in Germany. In some other European countries the maximum permitted speed on the highways is as follows: Italy – 150 km/h (93 mi/h); Bulgaria and Poland – 140 km/h (87 mi/h); Austria, the Czech Republic, Hungary, Slovenia, Slovakia, Croatia, the Netherlands, France, Luxembourg and Denmark – 130 km/h (81 mi/h); Switzerland, Belgium, Spain and Portugal – 120 km/h (75 mi/h). In all these countries, the speed limit is 50 km/h (31 mi/h) within the city limits and 100 km/h (62 mi/h) outside of cities and towns (except freeways, such as autobahns, and again, unless posted otherwise).

3) In many cities the whole blocks are designated as zones with the speed limit of 30 km/h. The streets at all uncontrolled intersections in such zones are considered equal, and the vehicles approaching from the right has the right-of-way at such intersections.

First, pay attention what type of fuel your car uses – diesel is ubiquitous in Europe, especially in Germany. At the gas station, fill the tank first and then pay the cashier in the minimarket. At some service stations, you can pay at the pump with a credit card. The average fuel prices in Germany in 2014 were: diesel ~ €1.30-1.40, gasoline (95 grade) ~ €1.45-1.55 (per liter). Note that octane ratings are calculated differently in Europe than in North America, so the numbers for the corresponding grades appear higher.

Autobahns in Germany, Belgium, Netherlands, Luxembourg and Denmark are free. In Austria, Switzerland, Czech Republic, Slovakia, Hungary, Slovenia, you need to buy a special vignette valid for a certain number of days. In Italy, France, Spain and Croatia, the payment is made for the distance driven. In many countries, there are toll bridges, tunnels and ferries.

The cost of vignettes:

Vignettes are usually sold at service stations near the border.

There is no single tariff pay per kilometer traveled, the rates vary from highway to highway in the same country. Sample data for 2014 are as follows:

In these countries, there are toll booths on the highways. The driver takes a ticket from an automatic dispenser when entering the highway. The ticket is paid at a toll station at the highway exit or at the end of a certain highway segment. Typically, there are signs above each gate indicating the payment method: automate or cashier, credit card or cash. One or more passages are intended for local drivers with electronic payment cards called Telepass. In Italy, such gates are clearly marked “Telepass”, while only letter “t” is displayed in France. The drivers without a Telepass card should drive through the gates with a green arrow in France; in Italy such gates have blue (for credit cards) or white (for cash) signs.

Fines for traffic violations in Europe are pretty hefty and your driver’s license can be suspended for some of them. Switzerland and Italy impose the heaviest penalties, though the fines are rather high in other countries as well. Speeding, tailgating, and running the red light are usually recorded by automatic traffic cameras and photo radars, so do not assume that you are off the hook if you were not stopped by police. A surprise ticket can be mailed to the address of the vehicle registration. Therefore, the car rental companies put a hold on a certain, rather large amount on the client’s credit card for several weeks after the return of the car. So, any fine will be deducted from your credit card. If police pull you over for some infraction, the ticket will be issued on the spot. The most common fines are for parking violations.

Here are approximate fines for traffic offences in Germany:

Note that fines in Switzerland for similar offences can be several times larger than in Germany.

Alcohol … to drink or not to drink?

In most Western European countries, the blood alcohol limit is 0.5 permille (0.05%). In Poland the limit is 0.2 permille (0.02%), while in the Czech Republic, Slovakia, Hungary and Romania there is zero tolerance to alcohol!

Downtowns in many European cities today are declared ecologically sensitive zones; only the vehicles with special decals on the windshield are allowed to enter such zones. Most rental companies provide their cars with such decals. Daylight running lights are mandatory in many European countries, for example, Switzerland, Italy, Denmark, Poland, Czech Republic, Slovakia, Hungary, Slovenia and Croatia. 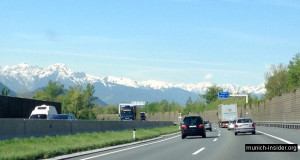 Renting a Car in Germany