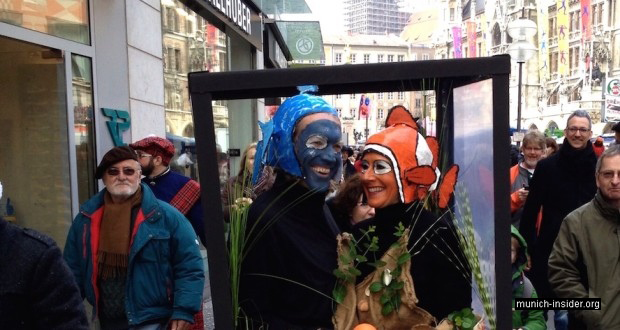 Carnivals are folk festivals which has many-century tradition in Germany. In the southern regions of the country, including Bavaria, the spring carnival is called Fasching. In Munich, the festivities are particularly amazing, they attract huge numbers of both the participants and spectators. Fasching is unforgettable for the visitors to the city.

How Fasching is celebrated 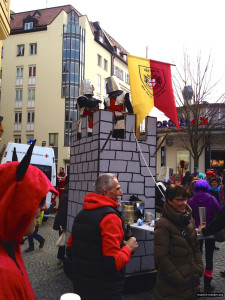 Let me begin with a few words about the meaning of the festival and how it is celebrated in Munich these days. The holiday originated in the Middle Ages in Christian, mostly Catholic, countries. It arose spontaneously among common people who wanted to have fun and enjoy themselves before the 40-day fast before Easter. So, they started to spend the week before Lent for different worldly pleasures. Nowadays, people dress up for Fasching in the most incredible carnival costumes and masks; they party and fool around. The Fasching week begins on Thursday, which is called Weiberfasching. On this day, you can see people on the streets dressed as jesters, clowns, devils, witches, warriors, thieves, magicians, fairies, and so on. They wander around the city in small groups, have fun themselves and try to engage passers-by in jokes and pranks. Sometimes it is not entirely harmless; for example, there is a custom to cut men’s neckties. Of course, such fun cannot go without booze, though almost never you will encounter somebody drunk as a skunk. On Friday, Saturday and Sunday, festivities and fun gradually increase, and reach the climax on Monday and Tuesday, called Rosenmontag and Faschingsdienstag in German. Usually, organized parades and other carnival shows take place on these days. Tuesday is also the day for different traditional rituals, such as having feasts with extraordinary amounts of food, so this day is sometimes referred to as Fetterdienstag (Fat Tuesday). Of course, after Fat Tuesday comes Ash Wednesday (Aschermittwoch), the first day of Lent. Well, sooner or later all fun ends in hangover…

The culmination of Fasching in Munich is not a traditional colorful procession (Umzug) as in Cologne and Mainz, but the dance show called “Dance of market women» (Tanz der Marktfrauen) on Viktualienmarkt. It happens on the last day of Fasching, that is, on Faschingsdienstag. Viktualienmarkt is the central market square in the city and on other days of the year there are indeed a lot of female vendors on the market. I am not going to claim, however, that they are the women who dance at the festival, though many seem to believe that this is the case. Anyway, the dance show is colorful and cheerful. Several thousand people come to watch this event. Many spectators are dressed in carnival costumes, so they look as if they were participants in the dance show. Together, the dancers and spectators create quite a cool sight.