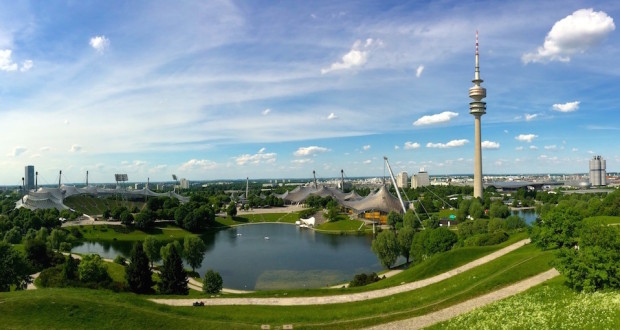 The Olympic Park (Olympiapark) with the main stadium and other sports arenas was built in Munich for the 1972 Olympic Games. The BMW Corporation, which headquarters are located nearby, used the opportunity to attract tourists and built its own museum. We decided that it would be logical to visit both at the same trip. We arrived there on the subway (U-Bahn), station Olympiazentrum. By the way, the opening of the Munich’s subway was timed to coincide with the Olympics. 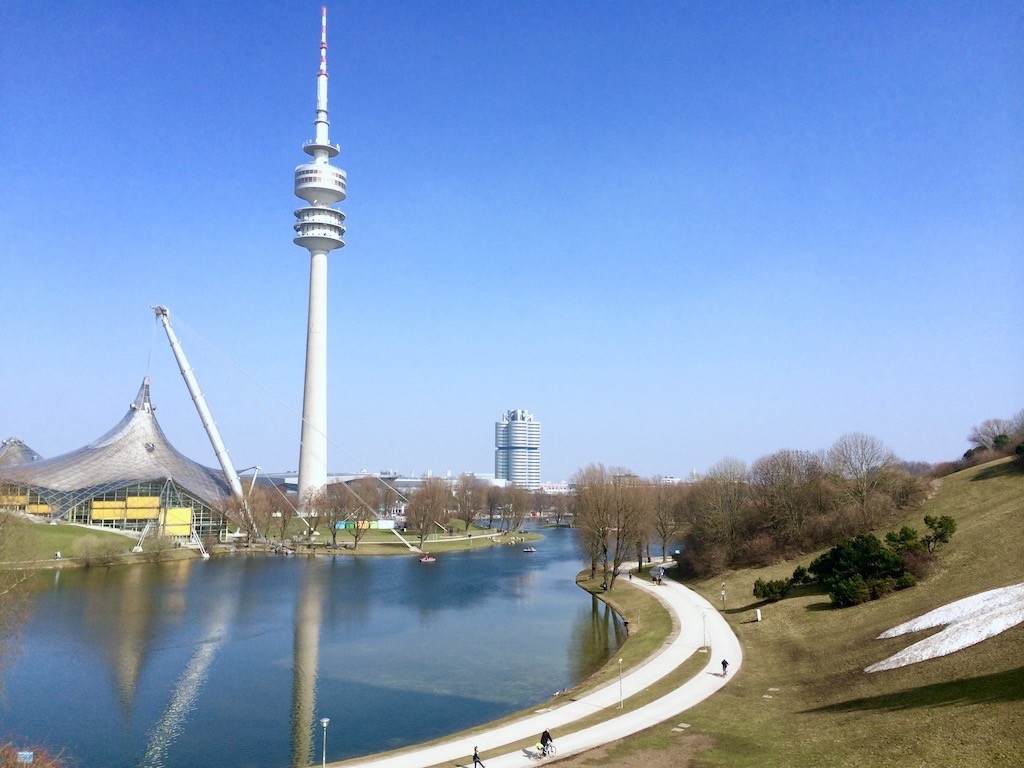 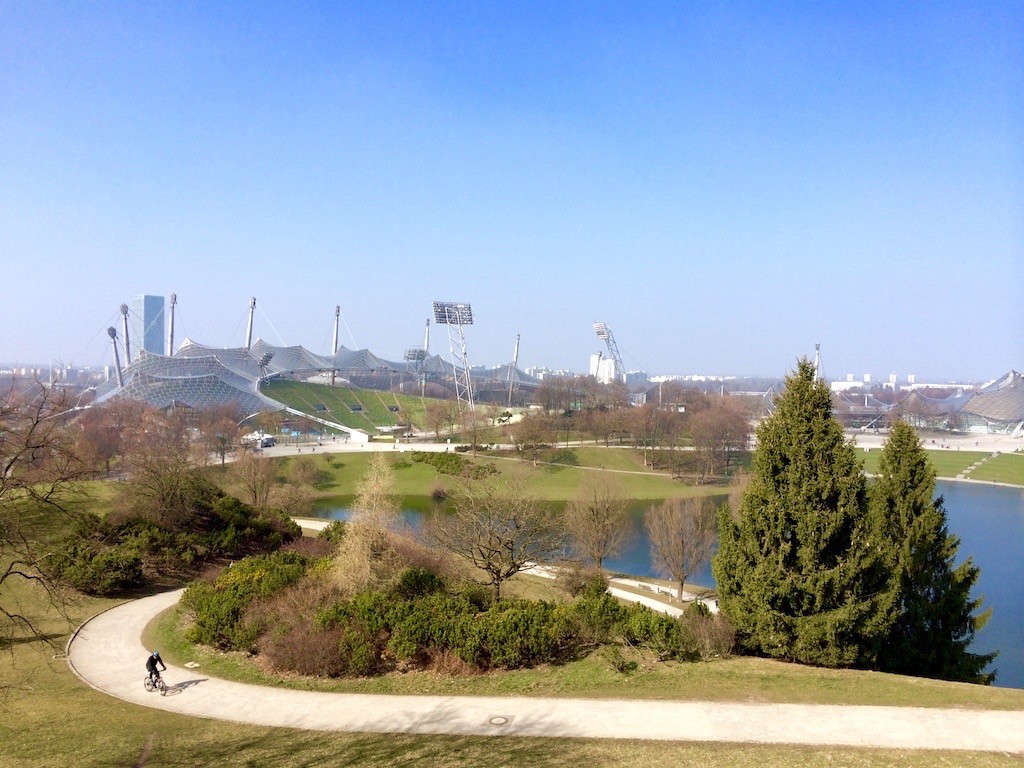 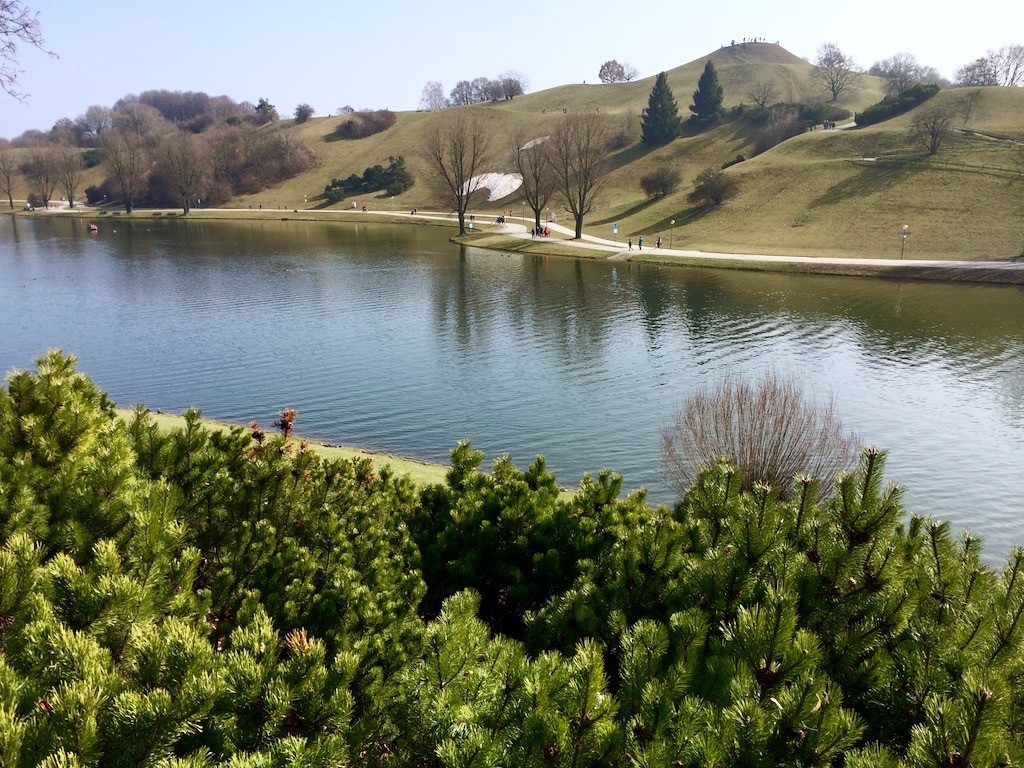 We decided to start with the park, because after the museum one might not be inclined to do much walking. We strolled through the park for a while, glanced at the trimmed lawns, the stadium with the roof stylized to resemble the Alps, and soon realized that there was not much to do in the park. Of course, if you want to just relax, this might be the place. As for us, we went to the nearby TV tower, which is called Olympic Tower (Olympiaturm), and bought the tickets to go up to the top. The price is €5.50 which includes a discount for the BMW Museum. The elevator took us to the open observation deck located at a considerable height.

The view from the deck was absolutely stunning. The weather was good and we could even see the Alps in the distance. We could also see almost the entire city of Munich, the old and new districts. Frauenkirche, O2 high-rise office tower, Allianz Arena, and of course the BMW Museum were clearly visible. We admired the scenery for a little and took the elevator down. The Olympia Tower visit took about half an hour. One could also sit there in the “181 Business” rotating restaurant with a 360-degree view. However, we were not hungry and headed straight to the BMW building. 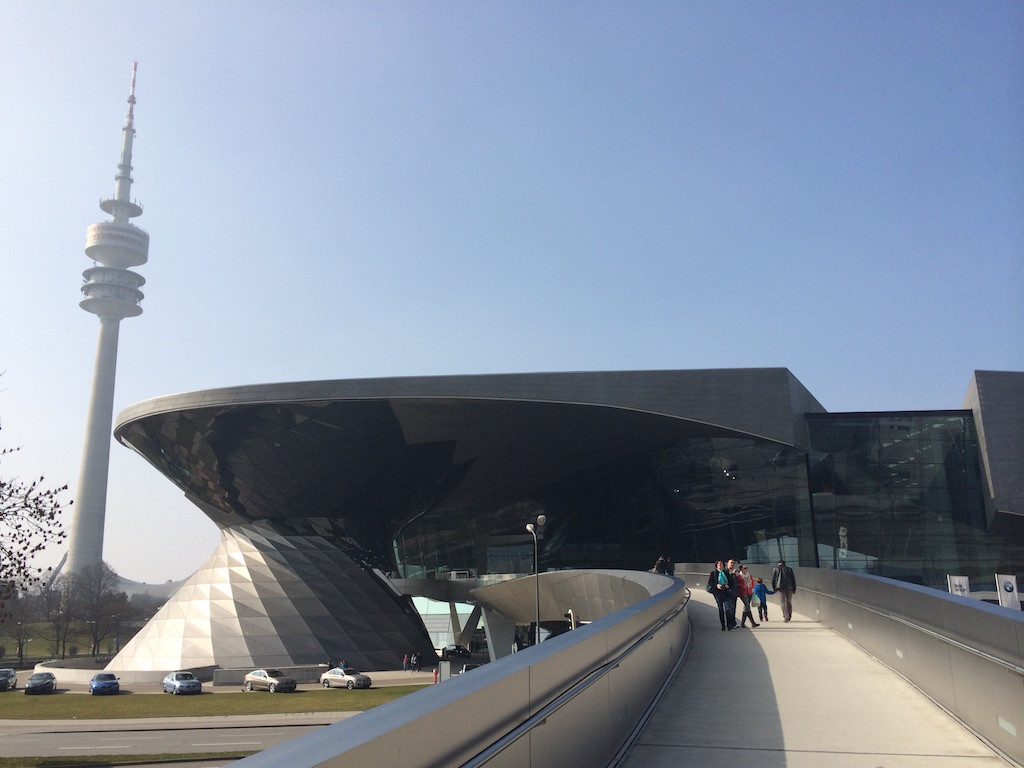 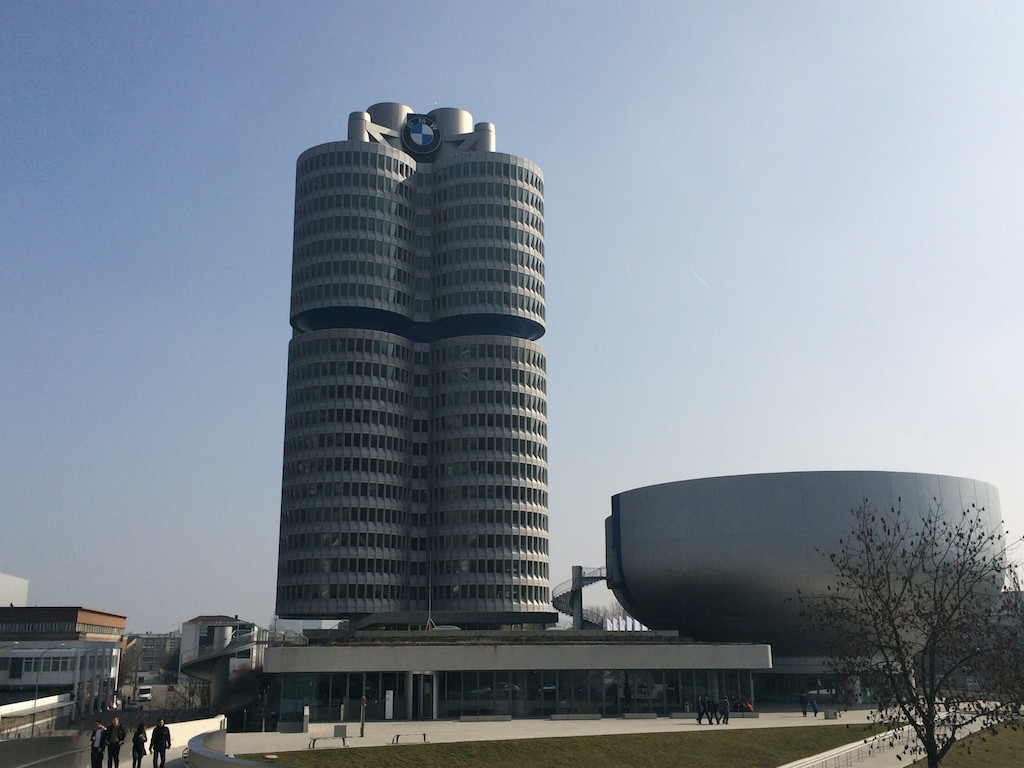 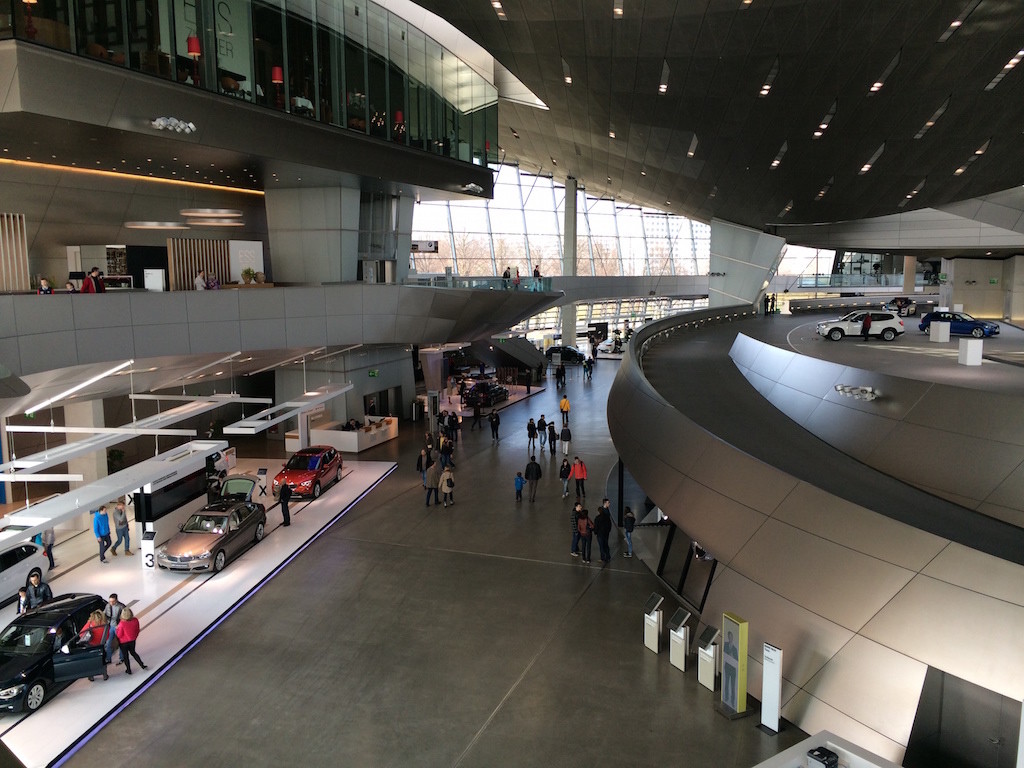 The BMW Museum was built as a 4-cylinder structure, resembling the main part of the automobile engine. This is intended to emphasize the power and speed of the famous brand. There are two possibilities for the BMW Museum visit. You can buy a tour of both the factory and the museum or buy tickets to the museum only. There is also a third (free) option: to just have a look at the latest models in the Exhibition Hall on the ground floor. We chose to see the museum because we wanted to learn a little about the history of the corporation. The museum admission is €9, but we paid €6 thanks to the TV tower discount. 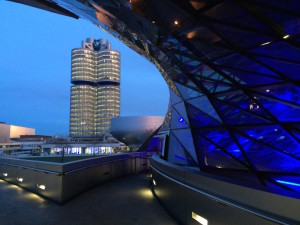 In the history section, we were mostly impressed by the bulky engines that were produced a century ago for airplanes. After the aero engines, BMW switched to the production of motorcycles and only after that – to automobiles. By the way, even today BMW is the only motorcycle manufacturer in Germany. The corporation produces not only the motorbikes, but also accessories: helmets, hats, jackets, bags, etc. All these accessories are also sold here, in the museum shop. They are pricy, but at least you can be sure that you are buying a real thing and not some counterfeit product.

Of course, the main attraction in the museum is the famous BMW cars. In principle, all the models are interesting; you can touch them, sit in the driver’s seat and take pictures. We especially liked a cool little three-wheeler, the BMW Isetta, which was once even used as a police vehicle. And, of course, we spent a long time at the Z8 sports roadster, which once was a James Bond’s car. We also saw electric cars and conceptual futuristic models. 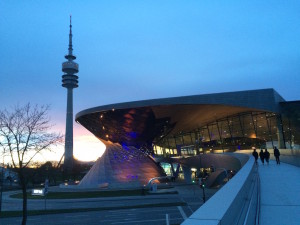 However, IMO the coolest in the museum is the collection of Rolls Royce cars. BMW bought this famous English brand about 15 years ago. The most impressive are the limousines’ sizes and opulent interiors. I wish I could drive or just ride in one of them, but even just standing next to such an auto masterpiece was nice. Well, unfortunately such vehicles are not for mere mortals.

We spent about 2 hours in the museum, and when we came outside we were treated to a special event. One could ride about a 100-meter circle on a new BMW motorcycle with the help of an instructor. Some may say “So what?” but it was evident that most visitors were very pleased just to touch something special.